Castlecomer Community School Junior Camogie team will contest the Junior B All Ireland Final on Saturday 16th March against Our Lady's Templemore, Co Tipperary. (Venue to be confirmed)

The ‘Comer ladies made the long trip to Armagh last Saturday to contest the All Ireland Semi Final, the Comer woman were thrilled to come out on top in a hugely competitive and entertaining game of camogie. The Comer ladies lead 0:4 - 0:2 points after a strong performance from their backs and the sharp shooting of Danielle Morrissey. The first half was played at a frantic pace with both teams working hard and contesting every ball

A goal for either team in the second half was going to prove vital and thankfully this came in the favour of the Comer woman after Aoileann Hennessy pulled first time on a ball in the square to raise the green flag. This score was to prove crucial and was the boost the Comer ladies so badly needed. The Keady women never gave up and attacked the Comer goal throughout the second half. But the ‘Comer women worked tirelessly and were winners of a hard fought contest.

The ‘Comer women had some fine performances all over the field and they now have three weeks to prepare for the All Ireland Final.

The school wishes the team all the best in their quest for All Ireland Silverware. 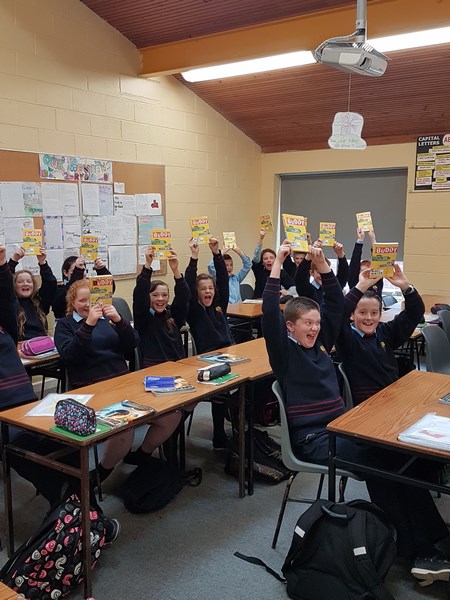