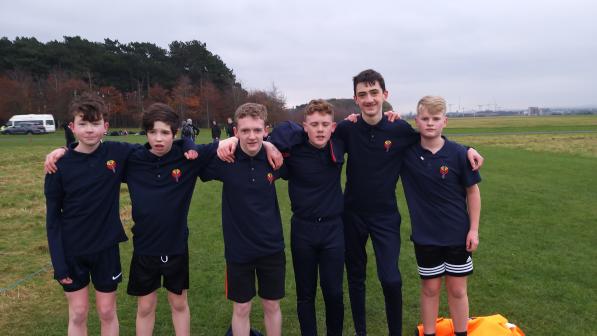 Castlecomer Community School took part in the Community and Comprehensive Schools Cross Country Phoenix Park on the 21 of Nov.

There was 6 first year boys that ran in the first year A team. Scott Delaney came 19th and Declan Cooney came in 20th.

There was 6 first year boys that ran in the first year B team. Stephen Dwyer came in 9th place and Adam Lynch came 10th. Which wasn’t bad considering there first year running for the school.

Eimear Phelan and Ruby Roche bumped themselves up to the second-year girls’ race. Eimear came 4th and Ruby came 22nd.

In the girls third year race we won gold thanks to Kate O Neill who came 1st, Molly O Doran who came 2nd, Sofia Kerr who came 3rd and Emma Lawlor moved up and a year and placed 5th.

Great day for Castlecomer Community School. Many Thanks to everyone who took part.